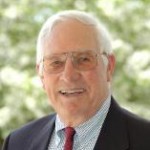 The Robert D. Wetmore Center for Innovation in Design, Technology and Resource Development is named for Massachusetts Senator Robert D. Wetmore who served the Commonwealth for over thirty years as both a representative and senator. During his long and distinguished career, Senator Wetmore authored an amendment to the Massachusetts Constitution, which was adopted in 1972, known as the “Environmental Bill of Right.” As House chair and founder of the Growth Policy Commission, Wetmore promoted state and local planning to balance growth and development. As chair of the Senate Commerce and Labor Committee and the Special Commission on the Future of Mature Industries, Wetmore promoted economic development as well as measures to establish special programs for dislocated workers. Senator Wetmore was appointed Chair of the Forest & Wood Products Advisory Board by Massachusetts Senate President Thomas Birmingham.