Massachusetts Attorney General Maura Healey will deliver the keynote address during Mount Wachusett Community College’s Commencement on Wednesday, May 17. “We are delighted to welcome Attorney General Maura Healey to our campus as this year’s Commencement speaker,” said MWCC President Daniel M. Asquino. “Her passion and ongoing work for justice for residents across the state […]

The director of the movie “Food for Change” will screen portions of his film and facilitate a discussion about the positive impacts of community involvement as well as his educational beginnings at a community college on March 2 at Mount Wachusett Community College. “I want to encourage students and the general public to attend this […]

Mount Wachusett Community College will be holding special FAFSA Friday workshops on Fridays throughout February, March and April at the school’s Gardner and Leominster campuses. These workshops will allow participants to get help with the completion of the 2017-2018 Free Application for Federal Student Aid (FAFSA) ahead of the state’s May 1 deadline. The workshops […]

Mount Wachusett Community College’s East Wing Gallery is currently hosting an exhibition of sculptures by Leominster resident Mark Burnett who will discuss his work at a free gallery talk on Thursday, Feb. 16. Burnett’s exhibition entitled “Sculptures” features bronze works of art from the sculptor who works in mediums as varied as stone and fruit. […]

Mount Wachusett Community College will host over 15 area nonprofits for a resource and career fair this Thursday. Beginning at 10 a.m. and running until 1:30 p.m. on Thursday, Feb. 2, a gathering of area nonprofits will take place at the college’s South Cafe. Representatives of over 15 groups will be on hand to discuss […]

Mount Wachusett Community College is set to celebrate Black History month with a series of five events that include speakers, performances and screenings to educate and engage students at the college. The month of programming begins with the Bamidele Dancers & Drummers (BD&D) leading a drum circle of celebratory African rhythms on Feb. 1 at […]

Four MWCC students have been honored in the fifth annual President’s Commitment to Diversity Scholastic Competition that sought out poems, essays and artwork highlighting the value diversity brings to learning and working. This year’s winners are Rachel Adams of Fitchburg, Kennedy Owino of Fitchburg, Rebecca Schlier of Westminster, and Gemini Walter of Leominster. Each will […]

The second annual Holiday Toy Drive organized by the Parent Support Group at Mount Wachusett Community College distributed presents to 52 families this week. The toy drive was hosted by MWCC’s Parent Support Group that collected donations since Dec. 1 from faculty, staff, and students. According to PSG President and MWCC Student Michel Cocuzza, the […]

Clouds and rain couldn’t dampen the spirits of those who joined Mount Wachusett Community College for a celebration of students, innovation, leadership, and progress. With over 150 guests including Massachusetts Lieutenant Governor Karyn Polito and Division of Capital Asset Management and Maintenance Commissioner Carol Gladstone in attendance with Mount Wachusett Community College staff, faculty, students, […] 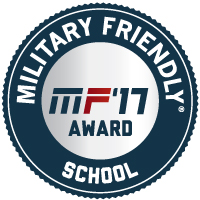