When Sanjiv Sundaramurthy heads off to the University of Arizona this fall to study physics, he’ll bring everything he needs for his dorm room, including first-hand experience with college life and free, transferable college credits toward his bachelor’s degree thanks to the Upward Bound Math and Science program at Mount Wachusett Community College.  The 2016 […]

The U.S. Department of Education will award two grants totaling $573,600 to Mount Wachusett Community College through its Talent Search Program, Congressman Jim McGovern announced on July 21. The program supports efforts on campuses in Massachusetts and across the country to help students from disadvantaged backgrounds to succeed in higher education. “Every student deserves access […]

Mount Wachusett Community College is one of 67 colleges and universities selected by the U.S. Department of Education to participate in the Second Chance Pell pilot program, which is part of a national effort aimed at reducing recidivism and strengthening communities by providing education and job training to eligible inmates. The pilot program will allow […]

Mount Wachusett Community College has been recognized with a 2016 Gateway Program Excellence Award from the Gateway to College National Network. The award honors MWCC for exceeding all four of the Gateway to College National Network’s performance benchmarks: grade point average, one-year persistence, two-year persistence and graduation rate. The award was presented June 28 during […]

In January 2001, shortly after attending a conference on tele-learning, Mount Wachusett Community College President Daniel Asquino founded Massachusetts Colleges Online, which grew into a consortium of the state’s 15 community colleges and nine state universities. In appreciation for his leadership, the consortium presented President Asquino with a Contributor of Distinction Award during its annual […]

The rate at which Massachusetts residents earn college degrees will pivot from growth to decline by 2022 unless the state’s public higher education system, which educates more than half of all undergraduates, is able to increase the number of students who enroll and earn diplomas, according to a newly release report from the Massachusetts Department […] 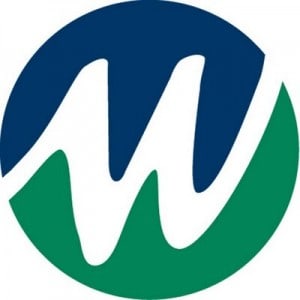 Jose Mangual, academic counselor for students enrolled in MWCC’s English as a Second Language program, has a ready answer for prospective students who feel they are too busy, too old or not ready to enroll in courses. He introduces them to students who once had the same concerns, but now are succeeding not only in […]

Aspiring doctors, nurses, physicists, teachers and police officers, as well as many teenagers who are the first in their families to attend college, are among the largest dual enrollment graduating class at MWCC. This year’s graduates of the Pathways Early College Innovation School and the Gateway to College program were recognized during a May 20 ceremony at MWCC. […]