56th Commencement to be held on May 19, 2021, Senator Brewer to Present Keynote Address - Mount Wachusett Community College
Skip to content
×

Home » News Articles » 56th Commencement to be held on May 19, 2021, Senator Brewer to Present Keynote Address 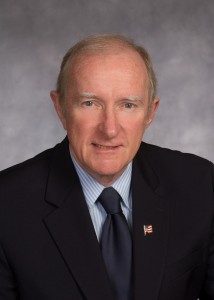 Mount Wachusett Community College will be holding its commencement ceremonies virtually on May 19, 2021. The MWCC Class of 2021 will be joined by Keynote Speaker Senator Stephen M. Brewer.

Brewer grew up on a farm in Barre, in central Massachusetts, and throughout his time in the State House has worked to protect agricultural land and open space. In 1971 he earned a bachelor’s degree in history from the University of Massachusetts, Amherst and a master’s in history from Assumption College in 1974.

His political career began in 1977 when he was elected to the Barre Board of Selectmen where he served until 1984. In the 1980’s he worked as an aide to state Sen. Robert Wetmore before being elected to the Massachusetts House of Representatives in 1988. In 1996 Brewer was elected to represent the Worcester, Hampden, Hampshire and Middlesex District, the second-largest Senate district in the state, made up of 28 communities.

Senator Brewer retired in 2014 after 26 years in the state Legislature. He continues to be involved in a variety of events at MWCC, where the Brewer Center for Civic Learning & Community Engagement is named in his honor. He is a resident of Barre, where he lives with his wife, Valerie, and is the proud father of their two daughters, April and Audrey.