“One Day at a Time:” MWCC to Promote Suicide Awareness in Safe Environment - Mount Wachusett Community College
Skip to content
×

Home » News Articles » “One Day at a Time:” MWCC to Promote Suicide Awareness in Safe Environment

To promote conscientious discussion on the topic of suicide, Mount Wachusett Community College’s Honors Program is inviting the public to a student-led panel discussion that will also feature area leaders in mental health. 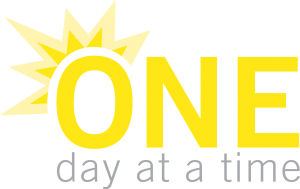 Titled “One Day at a Time,” the free event will take place Tuesday, Dec. 2 at 12:30 p.m. in the North Café at the Gardner campus. MWCC students Phil Stan and Stevie LaBelle organized the event as an extension of their abnormal psychology course and a service-learning project to meet Honors Program requirements.

“We want to de-stigmatize suicide and demonstrate that it’s okay to talk about it,” said Stan, who will co-moderate the forum with LaBelle. “Suicide is one of the most preventable causes of death, but unless we open up lines of communication, we can’t offer the help that these people need.”

Acknowledging the sensitivity of the topic, Stan said organizers will create a secure environment in which participants can freely express their concerns, speak to MWCC guidance counselors and obtain information on area support services.

The panel will include former State Senator Bob Antonioni, whose advocacy for mental health stems from experiences in his personal life; Michael Ellis, project coordinator of the Men’s Suicide Prevention Program at Heywood Hospital; and MWCC student Carrie DeCosta, who will recount her personal triumphs.

Suicide is the second leading cause of death among young people ages 10 to 24, according to The Trevor Project. The Center for Disease Control reports that the year 2012 saw 40,600 reported suicides in the US, including one every 12.9 minutes.

“Often, simply asking if someone is okay can make a huge difference,” said Stan.