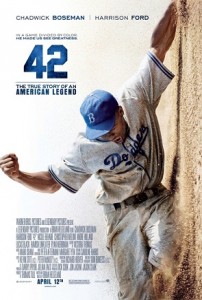 The spring 2014 Student Life Film Series kicks off Feb. 12 with the film 42, which tells the life story of Jackie Robinson and his history-making signing with the Brooklyn Dodgers under the guidance of team executive Branch Rickey.

The film series will continue with Connected on March 6; Half the Sky on March 12; Telling Amy’s Story on April 2, Autism: The Musical on April 17 and Somewhere Between on April 29. All films begin at 12:30 p.m., in the North Cafe at the Gardner Campus.