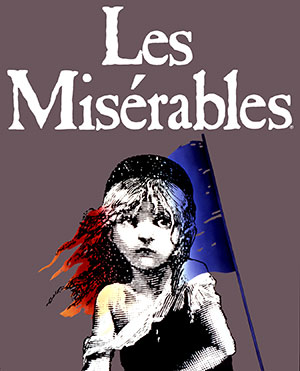 Let the Tony Award-winning musical triumph sweep you through an epic tale of passion and redemption in 19th century France when Mount Wachusett Community College’s Theatre at the Mount presents Les Miserables on October 10, 11, 17, 18 at 8 p.m. and October 12 and 19 at 2 p.m..

Featuring a cast of nearly 60 actors, ages 7 to 70, TAM’s production is directed by Peter Landry, with musical direction by Joanne Landry.

Les Miserables follows Jean Valjean as he is pursued by the implacable Inspector Javert through some of the most tumultuous years in French history. The original Broadway production was nominated for 12 Tony Awards and won eight, including Best Musical and Best Original Score. It is the world’s longest-running musical and has been seen by over 60 million people in 42 countries.

The magnificent score includes the unforgettable songs “I Dreamed a Dream,” “On My Own,” “Stars,” “Bring Him Home,” “Do You Hear the People Sing?” “One Day More,” “Empty Chairs at Empty Tables,” “Master of the House,” and many more.