Gardner Mayor Mark Hawke and members of the Gardner Women’s Circle of Giving visited the Summer UP Jackson Park site last week along with Mount Wachusett Community College President James Vander Hooven. Both the City of Gardner and the Women’s Circle were instrumental in helping to fund Summer UP. The program, coordinated by Mount Wachusett […] 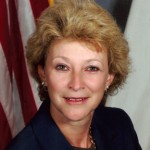 Tina Sbrega has been reappointed chair of Mount Wachusett Community College’s Board of Trustees, and Leominster attorney and former state Senator Robert A. Antonioni has been appointed to serve, Governor Charlie Baker has announced. “Tina Sbrega is a highly regarded leader on our board and in the greater community, and we are pleased that Governor […]