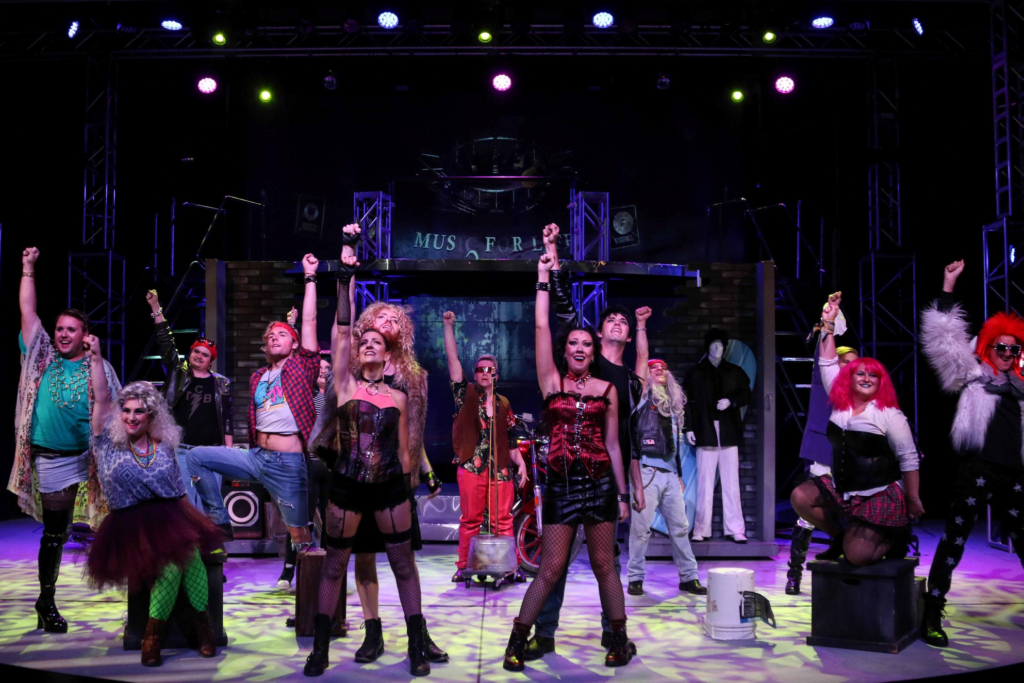 The Theatre Arts Track at Mount Wachusett Community College provides students with the opportunity to earn an Associate Degree in Liberal Arts and Sciences. Upon completion of the program, students are prepared to transfer to a four-year institution to complete a bachelor’s degree. The Theatre Arts Track offers a student the opportunity to explore the performing arts while completing a core curriculum used for transfer. Students will gain knowledge in a variety of disciplines including math, science, the humanities and the social sciences.

The Theater Arts degree program will prepare you for a future in performance with a strong foundation in acting, music, and dance. The major moves you through various levels of Acting, Technical Theater and Musical Theater Dance Styles courses allowing you to grow as you learn about Theater Arts. These classes will introduce you to the various roles involved in the theater world, helping you to explore your passions and find your niche, whether it is on stage or behind the scenes.

Courses you will explore at MWCC include:

In addition to your class time, MWCC is home to the Theater at the Mount regional theater, allowing students hands-on interaction with productions throughout the school year. For over 40 years, Theatre at the Mount has been Central Massachusetts’ premier regional theater presenting high-quality entertainment. TAM’s season consists of five full-scale musicals and plays, a spring children’s show and a fall touring production performed at local elementary schools.

This program is an excellent foundation for transfer to theater and music programs at four-year colleges and universities. A student completing the Theater Arts Associate Degree in Liberal Arts and Sciences will also graduate with strong knowledge in math, science, the humanities and the social sciences. 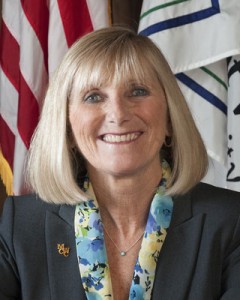 Professor Steele is Chairperson of the LAT (Theatre Arts) program and Producing Director for Theatre at the Mount. She holds a Bachelor of Arts degree in Speech and Theatre from Bridgewater State University, a Master of Arts degree in Communications from Miami University in Ohio and has more than 43 years of experience in teaching, directing and producing.
On the academic side, Ms. Steele teaches Speech, Acting I and Acting II and Introduction to Theatre, is the academic advisor for students in the LAT program and advisor to the student performing group, The Mount Players.

Under her direction, Theatre at the Mount has achieved local and regional acclaim, receiving numerous accolades and awards from the Eastern Massachusetts Association of Community Colleges, the New England Theatre Conference, local newspapers and others. Through her efforts, approximately 20,000 people attend Mount productions annually, including about 1300 subscribers. She has produced over 200 plays and musicals on the Mount stage and directed many productions including The King and I, Nunsense, Silver Bells, and most recently, The Drowsy Chaperone. Her credits also include establishing the Children’s Theatre program at the Mount which brings live theatre to approximately 5000 elementary school children annually – both on the Mount’s stage and “on tour.” She is the founder of Theatre at the Mount’s popular TAMY Awards which recognizes and celebrates excellence in high school musical theatre. Her creative efforts also include many TAM special events including Idol at the Mount, Teen Idol at the Mount, and several seasons of Survivor, the Musical – all to benefit TAM and local charities, including the Boys and Girls Club of Leominster. Ms. Steele also founded Theatre at the Mount’s Summer Drama Camp Programs which attract about 150 students each year.

In addition to her academic endeavors, Ms. Steele is also a member of the Mount Wachusett Community College Foundation Board, is Chairperson of the Sabbatical Leave Committee and is on the Advisory Board for Nashoba Technical High School’s Media Arts and Theatre Program. She has also served on the Honors Committee and has been Co-Chair for the Mount Wachusett Community College’s 40th Anniversary and 5oth Anniversary celebrations. 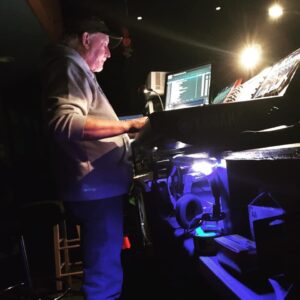 Jeff Boisseau has been the Technical Theatre Director/ Designer at Theatre at the Mount since April 2002. He has been teaching “Technical Theatre Practicum” for 18 years, has had apprentices working for him every summer season and has designed and built over 130 sets, and Sound Engineer for most of the shows, and Lighting Designer when needed.

He has been involved with Theatre at the Mount since 1982 working on more than 80 shows, with responsibilities of Stage Manager, Lighting Designer, Master Electrician, Crew chief, Sound engineer, and Master carpenter.

Jeff came to us from Bose Corporation where he served as Project Manager / Technical Director for live corporate events and shows. He was previously employed by MIT Lincoln Laboratories where he worked on Doppler radar systems. He is a 1984 graduate of MWCC with a degree in Electronic Engineering and makes his home in Ashburnham with his wife Suzanne. He is particularly proud of his daughter Jannelle who works for Signify as a field service engineer and is part of the team that lights the Empire State Building, World Trade One, Madison Square Garden and many other buildings in New York City. 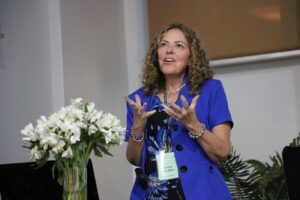 Elizabeth “Betsy” Fiedler has taught music for over 30 years in her own private studio and is the Director of Music at Holy Family of Nazareth Church. In addition, she is an adjunct faculty member at Mount Wachusett Community College, the Voice Consultant for the Arts Magnet at Burncoat High School, and is a soloist at local churches, colleges, and with the Greater Gardner Community Choir. Betsy enjoys performing on the stage at Theatre at the Mount and Greater Worcester Opera Company and sings at local nursing homes. She has recorded 3 CDs of contemporary Christian Music. Her enthusiasm for music spills over into her teaching style and is evident in her performances. She has an interest in many types of music from classical and sacred, to music theatre and jazz. Her love of learning has compelled her to seek out additional professional development and course work with the motivation of becoming the best teacher and singer possible. She holds a BS and MM in Music Education and has completed coursework in Vocal Pedagogy. Betsy is certified in Levels I, II, III of Somatic VoiceworkTM the LoVetri Method, and is a senior faculty member for the LoVetri Institute for Somatic VoiceworkTM in residence at Baldwin Wallace University. Professional Memberships include the National Association of Teachers of Singing, National Pastoral Musicians, and National Association for Music Education. 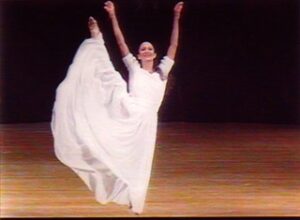 Karen is a graduate of the University of Massachusetts at Amherst where she received a BFA in Dance. She was a member of the Boston Ballet Company and the Granite State Ballet Company and performed in productions of “The Nutcracker”, “Sleeping Beauty”, “Peter and the Wolf”, “Cinderella”, “Coppelia” and “The Duke Ellington Suite”. She was on full scholarship with The Alvin Ailey Company where she studied under dance masters Judith Jamison and Alvin Ailey. When returning to Massachusetts, Karen was performing arts Coordinator at The Walnut Hill School of Performing Arts in Natick. Karen has been the choreographer for North Middlesex Regional School districts and Ashburnham High Schools productions of “Anything Goes”, Pajama Game”, “Little Shop Of Horrors”, “Fiddler On The Roof”, “Guys and Dolls”, “Seussical”, “Peter Pan”, “Sound of Music”, “Peter Pan”, “Evita” and “Grease”. She also choreographed The Theater at The Mounts productions of “A Funny Thing Happened on the Way to the Forum”, “How to Succeed in Business”, “Godspell”, “Mary Poppins”, “Ragtime” and “The Marvelous Wonder-ettes”. Karen is the director or North Central Youth Ballet Company. NCYB has performed “The Nutcracker” every December for the past three years. Karen continues to teach master classes in ballet and Jazz to various colleges and studios in the New England area. She has been teaching for more than 35 years, owned and operated her own Christian dance studio for over 20 years. Karen maintains state and regional reputation for dance programs and the ability to place students in major ballet companies, colleges, and studios.

Step into the Spotlight! Performance Opportunities 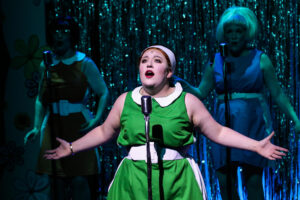 THEATRE AT THE MOUNT

Students may audition for award-winning productions presented by the Mount’s resident community theatre. The Theatre at the Mount season typically is comprised of 5 plays and musicals with many roles for students of varying abilities and experience.

The student production company offers a one-act play each semester with many roles for Mount students.

At the end of each semester, students in the performance classes (Acting I and II, Voice I and II, Musical Theatre Dance and Hip Hop Dance) present their work in a showcase for friends and family. 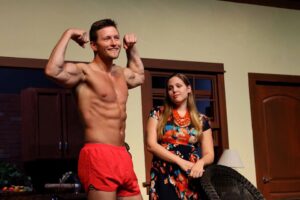 Students gain valuable behind the scenes experience as part of the running crew for Theatre at the Mount productions and Mount Players productions; work the fly lines, operate a follow-spot, manage props, etc. 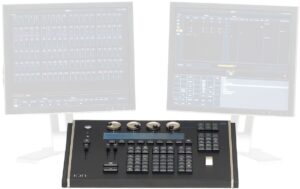