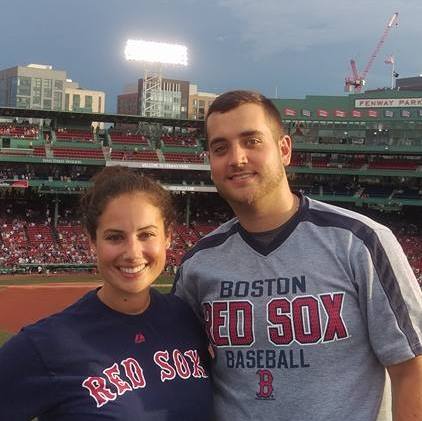 My name is Francis. Growing up I never really cared for schooling or reading although I was very smart. I would always be out with my friends building something great with my hands.

As school progressed I lost interest and at the age of 16 I dropped out and got my GED after being homeschooled for 2 years. My parents really pushed college and I didn’t want to let them down. I applied and got into the Nursing program on the first try.

After being in the program for a little over a year (1 year pre classes, 1 year actual nursing) I decided it just wasn’t for me and couldn’t really connect with the class. I contacted Advising to see what else I could do. There was a new upcoming field called Energy Management, and because I had taken so many science and math courses, I had already fulfilled about half of the course requirements.

I decided to switch into this major knowing nothing about the field. But the more I learned, the more I liked it. It was all online which was perfect for me. I graduated in May 2016. I looked for work over the summer at multiple companies. I finally got hired at one for a few weeks, but was almost released right away because the company was struggling.

With a little field experience, I learned that I was able to get another job in western Massachusetts in the insulation field. This was a brand new company and I learned what it was like to hit the ground running. I shared insight on what I learned from the struggling company to help this one avoid the same issues.

However, after working for them for a few months learning the “ins” and “outs” I fell through an attic and got hurt. While on leave and laying on the couch, I thought things over. I had seen one company go under and another company grow in the same field. I felt confident I knew what to do to succeed in the industry. So, I called up the company I was working for and quit.

I had a plan. I applied to a lot of local insulation companies. While waiting for interviews, I started mapping out every company location. I found a dead spot in central MA that was a good distance away from most places. But I still needed a crew of workers.

I got hired at another company and met the entire crew, but none of them was as good as the western Mass company I had just quit from. I kept applying and got hired again, this time closer to Boston, where I saw some of the best workers.

I finally revealed my plan. I told my co-workers that I was going to start my own company and needed a good crew. I convinced them to come over and work with me for part ownership. In November of 2016, the same year I graduated, I started my own company.

Since then we have become one of the top insulation companies in the state. I work with Mass Save, right along with the big companies I desperately applied too. Some of the bigger companies had turned down my application.  Now it’s funny to have them see me working right beside them. This year my company, Hot & Cold Energy, is on pace to pull in over 7 figures – and it is all thanks to MWCC.

At the time I believe they were the only college that offered this degree in the area and without that I wouldn’t be where I am today.

About the Author: Francis Murray graduated MWCC in 2016 with a degree in Energy Management and is a current small business owner.