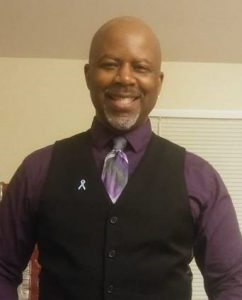 Shaddock, a Boston native, served in the 4-101st Airborne and Assault Division which was deployed to Iraq and Kuwait as part of Operation Iraqi Freedom. Following his tour, he struggled with substance abuse and in 2010 entered recovery. As an active member of the Alcoholics Anonymous community, Shaddock has helped many other find sobriety and the commitment to move forward.

During his time at MWCC, Shaddock was an active member of the college Veteran community. As a VA work-study student, he helped other veteran students adjust to college life after their service. His VA support at the college earned him the Peter J. Trainor Leadership Award during the 2019 commencement.

In 2019, while completing his degree at MWCC, Shaddock was diagnosed with Stage Four prostate cancer that had spread to his lymph nodes. Since that time, he has undergone surgery, hormone therapy, and radiation treatments while continuing his education at Fitchburg State University. He credits the support from family, including his sister Diane Austin a breast cancer survivor and founder of Coils to Locs which provides wigs to women of color as well as friends and the AA community with helping him battle both cancer and alcoholism.

“Chris’s infectious personality, positive attitude, and remarkable resilience draw people to him,” noted MWCC President James Vander Hooven. “Chris is always there with a helping hand and a comforting smile. He is a consummate fighter. We are proud to call him one of our own and wish him the best as he continues to fight and change the world for the better.”

Shaddock is currently pursuing a degree in Exercise Science with the goal of earning a Doctorate in Physical Therapy with a specialty in Oncology Physical Therapy, enabling him to use his own personal experience to help others battle cancer.