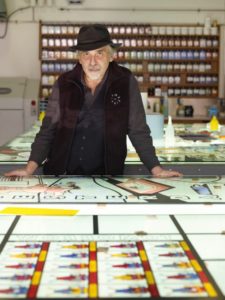 “Maus” tells the story of Vladek Spiegelman, a Jewish survivor of Hitler’s Europe, and his son, a cartoonist, coming to terms with his father’s story. According to a review in The New York Times, the book, “an epic story told in tiny pictures,” succeeds in “drawing us closer to the bleak heart of the Holocaust.” “Maus” is the first graphic novel to win a Pulitzer Prize.

Spiegelman’s long career includes drawing for Topps Bubble Gum comics, co-founding RAW (an underground graphics anthology), and working as a contributing artist for The New Yorker. Throughout his career, Spiegelman has been instrumental in establishing the comic book medium as an accepted form of adult literature.

The lecture will be held at the Theatre at the Mount. Admission is free and open to the public, but tickets are required and can be ordered at the Humanities Project website, or by calling 978-630-9388.