The event on Friday, May 10 marked the first year that the MWCC Veterans Services department combined its annual breakfast for veterans with an awards ceremony distributing veteran-specific scholarships being distributed by the MWCC Foundation, Inc.Cassparina “Cassie” Carlson, a U.S. Marine Corps veteran and scholarship recipient, was the event’s keynote speaker. Carlson, who will be graduating this year, opened up to the audience about her struggle as a returning veteran. When she came back to civilian life, she found that no one quite understood her past experience as a Marine. She soon stopped talking about that part of her life.

It was not until she came to Mount Wachusett Community College that she really connected with other veterans. She found a community of people who just got her. And while she was active on campus in many other ways, it was her veteran family where Carlson would return when she needed to take a breath.

“I knew you were my people. I knew you were my tribe and it took me a very long time to find you guys. I hadn’t had a tribe since I was in the Marine Corps,” said Carlson of an experience a year ago when everything just clicked while she was talking with a group of veteran students. “It was the friendships I made that truly got me through the last two years.”

She was so touched by this connection that it shifted her studies. She now plans to pursue a Master’s Degree in Social Work and work for the U.S. Department of Veterans Affairs.

The awards and their recipients: 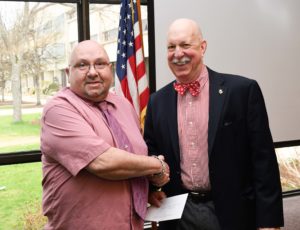 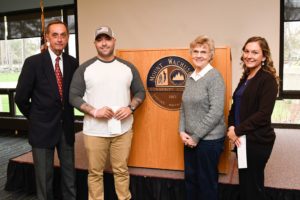 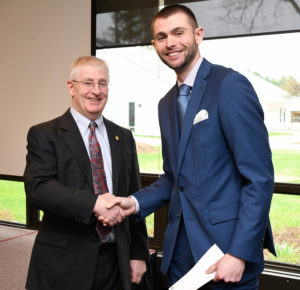 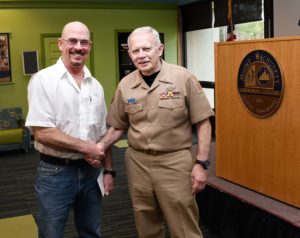 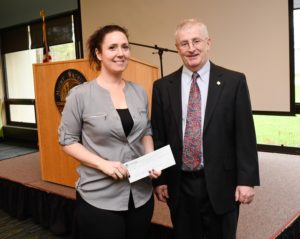 Joseph B. Jr. and Mary I. Ruth Scholarship Fund 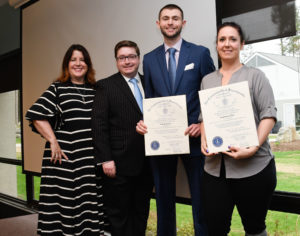 Additionally, citations from State Representatives Jonathan Zlotnik and Susannah Whipps were presented by Representative Zlotnik to Nicholas Batutis and Cassparina Carlson in recognition of being named to the PhiTheta Kappa All-Massachusetts Academic Team.