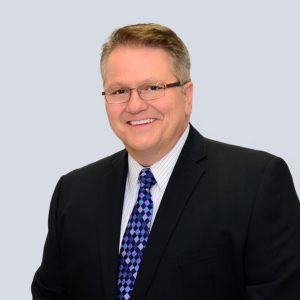 Mount Wachusett Community College will host conservative radio commentator Jim Polito for a discussion on media bias and making a difference in the community on November 15 at the college’s Gardner campus.

“As much as I feel you can illuminate the mind of any person at any age, there’s nothing better than being before an audience of people whose minds are wide open because they are a student,” said Polito who will speak from 12:30 to 1:30 p.m. at the college’s Gardner campus.

Student Cristen Comptois asked Polito to speak at MWCC because of his conservative viewpoints on many issues. On many college campuses, she said, liberal voices are over-represented. It is important to provide a balanced discussion at the college level so students can create their perspective from a broad set of views. Students need to understand, said Comptois, that even if someone shares a different perspective they do not need to make a snap judgement about that person.

“Having real conversations at college will prepare students to hear different perspectives so they can listen and understand where other people are coming from as well as make a well-articulated argument explaining what they believe and why,” she said.

Polito said he does not like labels, but recognizes that many of his core values would be considered conservative. On Wednesday, he will discuss the nuances of labels and how people can still have conversations with others despite them.

“I feel that people are complex and there are many opinions I have that could run the spectrum of labels depending upon the subject matter.” he said. “I have certain core values and principles that are unshakeable but it doesn’t mean that I have a closed mind.”

He will also address the everyday steps people can take to improve their communities. It does not take a group of thousands of people to make a difference in their communities, he said, but small, repeated acts can do a lot more to affect change than massive movements.

Additionally, Polito plans to delve into media bias. While liberal media bias has been a hot topic, he plans to address how to recognize any kind of bias in the media and explore the increasingly muddy difference between opinions and facts.

“It will teach them to understand the difference between reading what is obviously slanted and what is not,” said Polito who explained that he has gone through his own transition as a media personality. “I was a journalist. I was a reporter. I am no longer a reporter. I am a commentator.”

Polito will speak from 12:30 to 1:30 p.m. in the multipurpose room at the college’s Gardner campus. Community members are encouraged to attend and join the discussion.