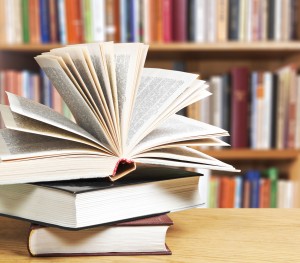 Mount Wachusett Community College is one of 67 colleges and universities selected by the U.S. Department of Education to participate in the Second Chance Pell pilot program, which is part of a national effort aimed at reducing recidivism and strengthening communities by providing education and job training to eligible inmates.

The pilot program will allow 12,000 eligible incarcerated Americans at more than 100 correctional institutions in 27 states to receive Pell grants to pursue their education with the goal of helping them get jobs and support.

“The power of education to transform lives cannot be underestimated,” said MWCC President Daniel M. Asquino. “In Massachusetts and across the country, more money is spent on incarcerating prisoners than is spent on public education. In the long run, society and taxpayers are better served by investing in programs that help people become contributing members of their communities.”

The Second Chance Pell pilot program is one of a series of federal education and jobs programs designed to prepare people who are returning from prison to the community with skills and resources necessary to obtain employment, support their families and contribute to society. It is geared toward prisoners who are likely to be released within the next five years.

“People who make mistakes and pay the price should have the opportunity to get back on their feet and contribute to their community,” Congressman Jim McGovern said. “Increasing access to education is one of the smartest things we can do to help these Americans get back on the right path. Education has the power to change lives and this program will help to build strong communities and give a second chance to all those who have earned it,” he said.

“I congratulate Mount Wachusett Community College for being selected by the U.S. Department of Education to participate in the Second Chance Pell pilot program, a distinction that reflects Mount Wachusett’s commitment to empowering students from all backgrounds to pursue higher education and have access to greater opportunity,” said Congresswoman Niki Tsongas. “This initiative represents an important investment in expanded pathways to higher education and has the potential to make our communities safer, save taxpayers money, and transform lives.”

“The evidence is clear. Promoting the education and job training for incarcerated individuals makes communities safer by reducing recidivism and saves taxpayer dollars by lowering the direct and collateral costs of incarceration,” U.S. Secretary of Education John B. King Jr. said in a statement announcing the pilot program. More than 200 colleges and universities had expressed interest in the program.

“I applaud the institutions that have partnered to develop high-quality programs that will equip these students with invaluable learning. The knowledge and skills they acquire will promote successful reintegration and enable them to become active and engaged citizens.”