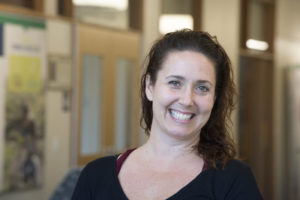 Carlson was the student representative at a debate for the 3rd Congressional District that is currently held by Congresswoman Nikki Tsongas. Democratic nominee Lori Trahan, Republican nominee Rick Green and independent candidate Mike Mullen participated in the debate, which was organized by the Elect North Central Coalition of which Mount Wachusett Community College was a member.

Carlson was the student representative on the panel, which included local media and non-profit representatives. She is a human services major at MWCC.

“I really appreciated being a part of the discussion. It was informative and, in my opinion, really necessary. The questions asked led to some great discussions and will help people solidify who they think will lead our area in the right direction,” said Carlson. “I almost wish we could have stayed longer and asked even more important questions. I hope this debate helped people to understand the positions these candidates take on important issues. I know it helped me.”

The Sentinel & Enterprise and Telegram & Gazette both had full coverage of the debate.