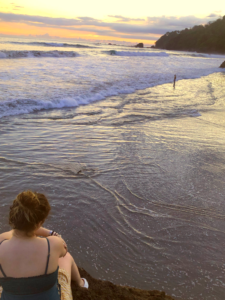 The smell of freshly applied paint to a family’s house. The feeling of the warm waves of the Pacific against my skin. The view on horseback of the sleeping volcano. The taste of the many traditional dishes. The sound of every man, woman, and child we came across chanting Pura Vida.

At home, it’s normal to be greeted with a “hello” and sent off with a “goodbye,” but Costa Rican’s go about things a little differently. Each arrival and departure is met with a Pura Vida which is roughly translated to “Pure Life.” In this wonderful country, this saying is much more than a common phrase, it’s a lifestyle that every citizen does their best to uphold. 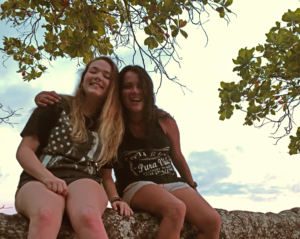 For the short time we spent in this amazing place, I found it to hold quite true. Things just seemed to be simpler. The food is fresher with less unnecessary ingredients and preservatives. The houses are more modest with just enough for those who live there. Those who live or vacation there spend free time in or enjoying the beauty of the nature around them rather than man-made technology or attractions.

They even go without a military or any other national defense system to distribute more money to education and health care, making solutions to grand-scale problems quite simple as well. Citizens are able to afford college and doctor’s visits and the government is able to put huge issues between other countries to rest by taking them to the UN to get hashed out in a courtroom instead of on the battlefield.

After living my whole life in the US, I had no idea governments like this even existed, but then again, I found I was a lot more ignorant than I thought as well. Throughout a conversation I had with a Costa Rican native, I was informed of a large mistake we make in the United States every day. 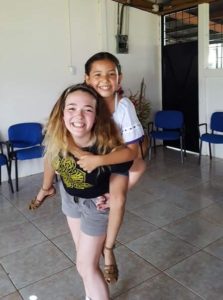 She followed this up with one final question: “aren’t we all American? In all honesty, it had never crossed my mind how that term may be taken by others seeing as we are all from the Americas.

Each moment in Costa Rica somehow seemed to top the last. Just when I thought it couldn’t get any better it would. Each day surpassed my expectations. Even though we had so many amazing experiences while on this trip, I can say without a doubt the best moment was working in the children’s school. Those kids have had a lasting impression on me and I know I will never be able to forget their faces or the pure joy they had throughout our visit.

My Path from Now On 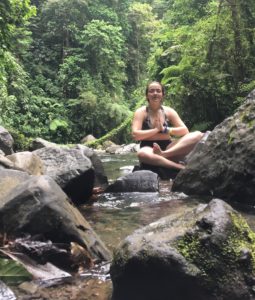 The MWCC service learning trip to Costa Rica has extended far past the surface of my being. Each piece of me was truly touched by this experience. As someone who has never been out of the country before going on this trip was absolutely life-changing. I knew there was a difference between the way other countries ran, but I had no idea how unique each part of their culture was. This trip was able to open my eyes to the rest of the world and help me better understand that there’s more to life than what we see in the United States.

Although these small things aren’t life-changing in and of themselves, when combined they as well as the Mount and all staff who made this trip possible, forever altered me and my future. I will carry what I learned with me for the rest of my life. I can say without a doubt that each choice and path I make from now on will be influenced by Pura Vida.

About the Author: Araya Richard is a 2019 graduate of MWCC and the Pathways Innovation School dual enrollment program. She traveled to Costa Rica in June 2019 as part of the annual service learning trip organized by the Brewer Center.