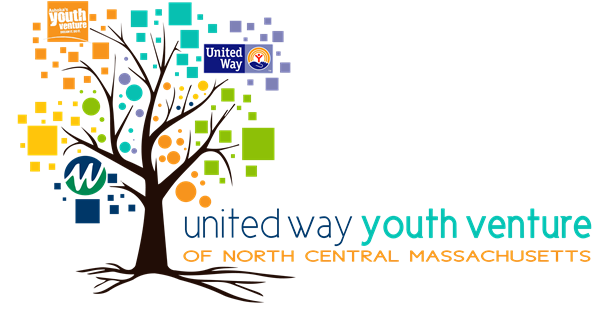 Youth Venture was buzzing along as usual at Samoset. In the blink of an eye, we went from our first day together on October 18, 2019, to my most recent visit on March 6, 2020, when teams were gearing up for the Spring Showcase.

Then, just like that, everything came to a halt because of COVID-19, otherwise known as the Coronavirus. The announcement to reschedule the Spring Showcase was made on Thursday, March 12th and MWCC closed on Friday, March 13th. All MA K-12 schools are closed for the next 3 weeks. 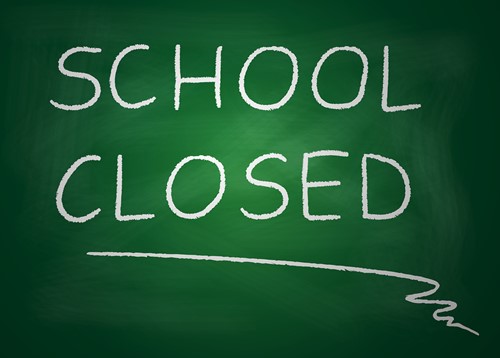 Everyday, there are more confirmed Coronavirus cases. Yesterday, I  viewed a notification – Seventy-two new cases here in MA bringing the total to 328 reported cases. It’s alarming how rapidly this virus is spreading.

Social distancing is the recommended way to slow down the spread of this highly contagious disease, and so here we are week one, day five, at home.

On the bright side, we here at Youth Venture have plans to reach out to our Youth Venture teams and Champions as soon as next week. We will stay connected! Be sure to follow our social media for details!

In the meantime, I have a story that will take your mind off of the news for a moment and hopefully bring a smile to your face.

A New Year of Youth Venture at Samoset

October 18, 2019, I met with a large group of sixth grade students at Samoset for the first time in the school year. Picture thirty twelve year old kids sitting at or in some cases on the cafeteria tables. They are all buzzing with excitement, curious to find out what this Youth Venture thing is all about.

I admit, I was feeling a little overwhelmed. It is a challenge to get thirty sixth graders to focus in a classroom. Imagine trying to do that in a cafeteria where there are at least one thousand visual distractions and noises to grab their attention. Students naturally equate the cafetera as a place for social gathering.

The kids were excited and talkative, in particular, there was this one group of boys that had trouble staying focused and just staying put at the table. Alas, after some stern redirecting and shushing, we made it through our environmental scan. Now it was time for teams to form.

Usually, teams consist of two or three kids, sometimes four. My talkative, excitable, ants-in-the-pants group of boys all came together as one, huge team of seven! I admit, my first thoughts were not those of a positive changemaker. Big teams equal big problems. This team will never get any work done. They will spend their time goofing off and/or fighting and/or socializing with the girls team with nearly as many members. Pretty negative, right?

I couldn’t have been more wrong in my gloomy assessment.

This team worked so hard, so fast, it was amazing. I found out they worked on their action plan at home (and homework is not required!) They breezed right through their plan with limited instruction. Their motivation really blew my mind.

So just what is it that they would like to do?

They would like to raise $ to pay for kids that would like to play sports, but whose families can’t afford the fees. I am sharing the following with you, taken from the part of the action plan where they share their inspiration for wanting to do this:

Owen Parlin´s inspiration began at Fallbrook Elementary School. The Leominster Basketball Recreation Department was giving three kids a chance to play for free. You had to write a letter to the PTO. The PTO and the Recreation Department went over the letters and picked three lucky kids. My brother happened to be one of the lucky kids. That inspired me to make someone else’s life easier. Then a year later, in the fifth-grade, my classmate (I wont say names) but he was really talented at basketball. Then I asked him ¨Why don’t you play basketball?¨ He responded, ¨ I can’t afford to play.¨ I was shocked, that made me want to do something about this. So when Youth Venture offered an opportunity, I took advantage of it.

How cool is that?

And how cool is this? 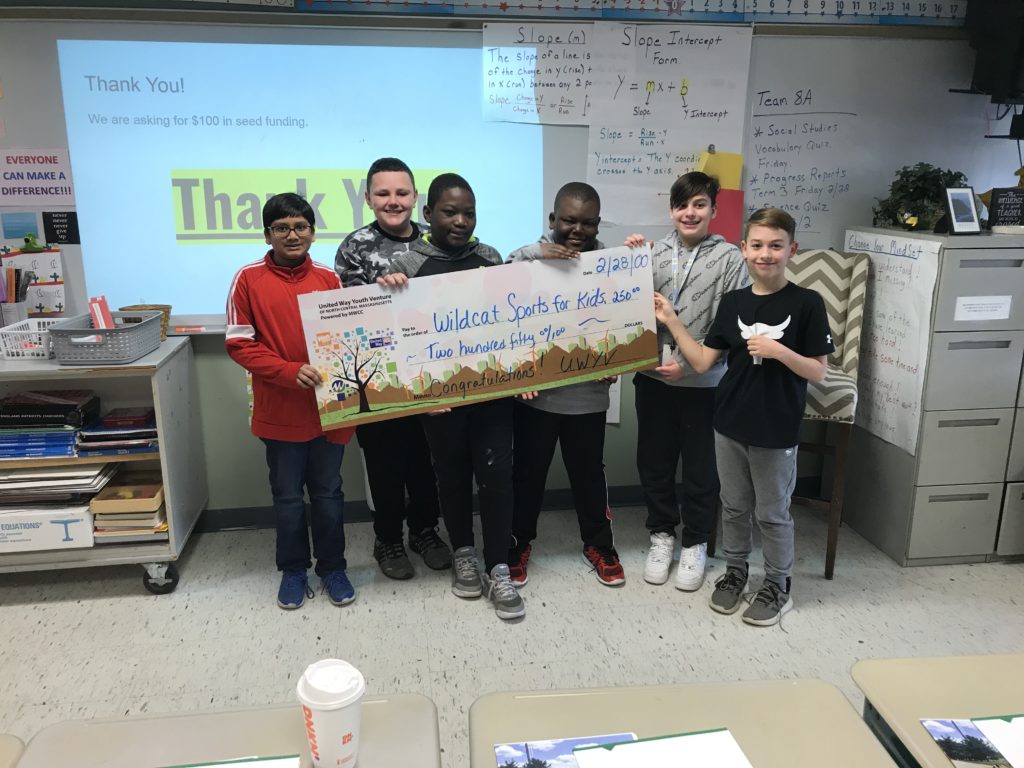 On Friday, February 28, Samoset Middle School Venture Team Wildcats Sports 4 Kids launched as the first middle school team of the year at Samoset. Owen, Jensen, Hersh, Adah, Augustin and Nathaniel showed their love of sports and empathy for their peers by putting together a plan to raise money for students who would like to play a sport, but cannot afford the costs of participating.

Owen has a friend that couldn’t play sports due to the costs. Jensen witnessed a child get upset when told by his parent that he couldn’t play a sport for the same reason. Collectively, the team felt strongly that kids who are eager and want to play a sport should be able to have that experience. They requested a small amount of seed funding to start their 50/50 raffle, however, the panelists agreed that they could use more money to ensure the success of their fundraiser. The team has a plan on how to select the students who will receive the funds with the assistance of their ally, Lori Fiandaca, Samoset Guidance Counselor.

So, when it comes to large Youth Venture teams of 6th graders, expect great things! I will no longer judge a book by it’s cover because – 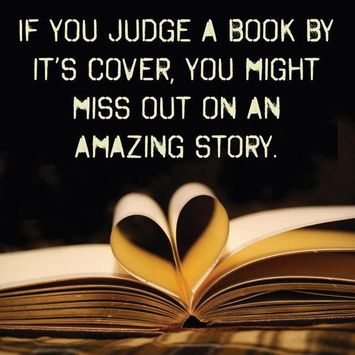