Kathleen Hastings, a student at Mount Wachusett Community College, was selected for the 2021 “Windows of Opportunity” project held in downtown Worcester. Kat stated that she was excited, nervous, and wondering how she would get it all done! Who wouldn’t be on a project as big as this? With the help of her friends, family, and Mount Wachusetts’ own professor Thomas Matsuda; a collection of pieces meant to bring light and fun back to Worcester was born.

The inspiration behind the giant window front exhibit was Worcester’s history and cultural influence. When asked how she creates and executes her ideas, Hastings stated, “every place I go I can be found doodling and adding things from my imagination into my surroundings. For this piece in particular I found aliens visiting Worcester was a cool idea so I went with it.”

It comes as no surprise that Kat would be given the opportunity to showcase her work; she has been creating art and visualizing creative concepts since she was a child. Her earliest memory is of a time when her mother was frustrated with her for using all of the paper on her art works. To solve the problem, Kat’s mother gave her toothpicks with which she began to create sculptures and images from her imagination.

Creating art wasn’t always in the cards for Kat. She comes from a background where she was told that a real job was needed in order to be successful. Her success proves that following one’s passion with dedication and determination opens the doors to opportunities we would otherwise never find.

“Windows of Opportunity” has been a doorway for Kat into a world where her art can make a big impact. She expressed that this project has given her the realization that without the support of her friends and family, she wouldn’t have been able to tackle a project such as this. Kat has learned that while art is done primarily alone, it takes a team to see it through. 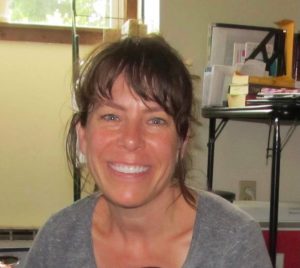 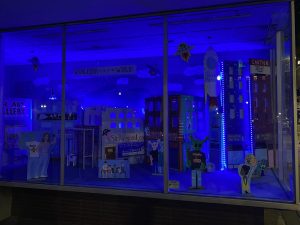 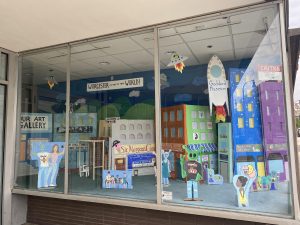 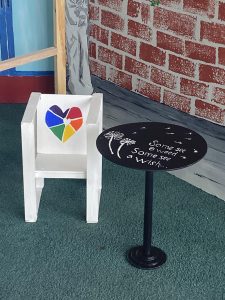