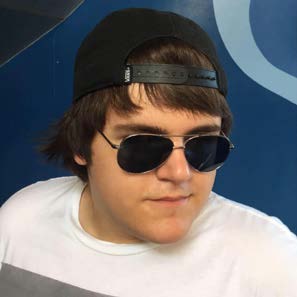 Not Just Another Student, but a Future Storyboard Creator

When he was a boy, Eoin Haggerty dreamed of being a firefighter–now, he is twenty-one years old, with one year left at Mount Wachusett and with a dream of becoming a storyboard creator.

When asked why he changed his life goal, he said it was his inspiration.“Movies and video games give me creative outlets and it’s all around me,” Haggerty added with a smile.

According to the Nashville Film Institute, a storyboard creator is responsible for taking “a script, or even just a concept”, and changing words “into a visual story” (NFI.edu). This echoes Haggerty’s dream of “learning the behind the scenes of film.”

Haggerty explained his love of the show Euphoria and one of his favorite games, Animal Crossing. He adds, “I like to mess around and have fun, but sometimes I play story games.”

While discussing his “short-term plans for the long-term,” Haggerty said that he will use his last year of school to look for internships and potential job openings. He is unsure whether he will need more schooling once he graduates from Mount Wachusett.

Haggerty answered with a simple nod when asked if he enjoys college. When talking about online school, he chuckled for a second and said “in some ways, I like it more. The flexibility of classes allows me to make school more convenient.”

Haggerty added that he has already been doing online classes before the pandemic, so his view of school has stayed the same.

Haggerty, like most young adults, was hesitant to answer how he felt about his future. He took some time to decide on an answer. Eventually, he said “it’s exciting to think about the opportunities I will have once I graduate. I’m a little scared though because you never know what can happen.”

Haggerty does have an abundance of choices ahead of him. The U.S. Bureau of Labor Statistics stated that the job outlook for animators and storyboard creators will increase by 16% between 2020 and 2030. There is also the potential to become an art director, graphic designer, or computer programmer (Bureau of Labor Statistics 2022). All these careers involve what Haggerty is looking for: “a chance to be in control of what is put out to the public.”

When asked if he might consider other jobs, Haggerty jokingly smirked and said he’s “pretty set in the field I’m in, but I’m always open to looking.”