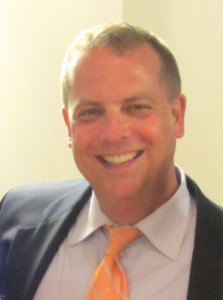 Jim Bigelow retired as a lieutenant from the Massachusetts State Police after twenty-four years of service.  He spent sixteen years of his career in the Division of Investigative Services, where he was assigned as an investigator and supervisor in the State Police Detective Unit for Worcester County.

As a supervisor assigned to the narcotics unit, Jim provided direct oversight of thousands of criminal investigations, undercover operations,  and tactical narcotics raids.  While a member of the detective unit, he also supervised and participated in a variety of felony investigations including homicides, armed robberies, missing persons, weapons offenses, and organized crime. Jim has provided testimony in both United States District Court and the Superior Court of the Commonwealth of Massachusetts, where he testified on numerous occasions as an expert witness in the field of narcotics trafficking and distribution. Throughout his career, Jim worked with numerous federal, state, and local agencies, including the FBI, DEA, ATF, United States Marshal’s Service, and Customs and Border Patrol.  He also served in assignments in Troop C and at General Headquarters. He has been a member of several professional organizations throughout his career including the New England Narcotics Enforcement Officers Association, the National Technical Investigators Association, and the American Association of State Troopers.

A Distinguished Military Graduate of the Army ROTC program, Jim also served as a Captain in the United States Army Military Police Corps and is a veteran of Operation Desert Storm.

The Scarborough, Maine native discovered her passion for psychology, criminal justice and teaching at Stonehill College in Easton, MA where she earned her bachelor’s degree in Psychology and Criminology. Inspired by her professor Dr. Twyman-Ghoshal, she focused her research studies on human trafficking, which lead her to an internship at ASTRA in Belgrade, Serbia where she worked on a variety of action initiatives against human trafficking in that country. In 2016 and 2017 she was a LION Scholar for conducting independent research in Belgrade, Serbia and Yerevan, Armenia, about anti-trafficking actions.  In 2017 Stonehill College named her Criminology Student of the Year.

Following her graduation from Stonehill, Wahrer earned her master’s in criminal justice at the University of Albany, State University of New York where she is now a doctoral candidate. As a research assistant for the John Finn Institute for Public Safety, she helped code police body worn cameras for projects that examined supervised coaching, instruction, and police performance.

Currently she is a supervisor for the PULSE Lab in Albany, NY, where she researches psychological theory to understand criminal justice and legal issues, particularly those affecting vulnerable and victimized populations. Some previous work includes understanding the medical misdiagnosis of child abuse, specifically the effects of race and involvement with child protective services and the effects of dehumanization and disgust language on immigration attitudes through a sentiment analysis of Twitter.

Assistant Professor Wahrer will be teaching Criminal Procedure, Introduction to Criminology and Criminal Investigation during the spring and 7-week accelerated semesters. 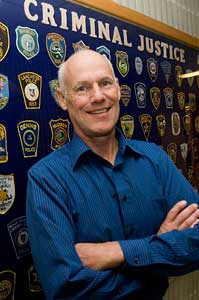 Reed Hillman has over 25 years of experience with the Massachusetts State Police, including three years as commander of the 2,600-person department. Hillman is an experienced lawyer and also served as a state representative for six years and ran as Lieutenant Governor in 2006.

In 1996, Hillman was named Superintendent of the State Police, responsible for more than 2,600 law enforcement personnel and an annual budget of over $200 million. In 1999, Hillman retired from the State Police and successfully ran for State Representative. In the State Legislature, Hillman represented the First Hampden District, consisting of the towns of Brimfield, Holland, Palmer and Wales, all in Hampden County; precincts B and C in the town of Ware, in Hampshire County; and the towns of Sturbridge and Warren, both in Worcester County. In 2006, Hillman ran as Lieutenant Governor with nominee for Governor Kerry Healey. 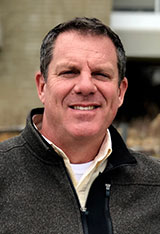 Pat Aubuchon retired as a detective from the Leominster Police Department after twenty-nine years of service. Eighteen years of his career was in the detective bureau, where he was assigned a variety of felony investigations.

In 1994, Pat formed the Leominster Police Department’s peer support unit, offering employees a confidential avenue for police officers that had experienced a work-related trauma. The program quickly grew to include any crisis experienced for non-work-related situations by employees and their family members. For over twenty-two years, the program assisted hundreds of local law enforcement employees and their families, including at times private citizens in need of help.

After the terrorist events of September 11, 2001, Pat and several colleagues voluntarily responded on two different occasions to New York City. Assignments included working under the direction of the U.S. Marshal’s Service, security at the United Nations, and within ground-zero with NYPD Evidence Collection Unit.

Pat has received recognition and awards for his work on many levels. In 1996, he received the Police Officer of the Year award from the Leominster Rotary Club. In 2001, he was recognized by the AMVETS and City of Leominster for his work during 9/11. In 2013, the Molly Bish Foundation presented him the Missing Children Community Service Award for his work in child safety. In 2015, he was presented the Meritorious Service Award for years of assisting police officers during times of professional and personal crisis. 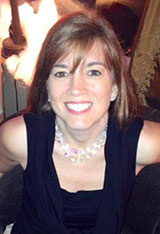 Debbie Boyack started her career in Criminal Justice in 1989 with the Plymouth County District Attorney’s office as a victim witness advocate working with victims of violent crime. She went on to become a juvenile probation officer with the Boston Juvenile Court. Debbie worked closely with the Honorable Francis G. Poitrast to transform the juvenile justice system, moving juvenile courts out of the district courts in Barnstable, Plymouth, and Norfolk Counties. Debbie went on to train in domestic violence counseling and held a position with Spectrum Health Services counseling court ordered domestic violence offenders. From domestic violence counseling Debbie continued her career with the Worcester County Juvenile Court as a court investigator investigating child abuse cases under MGL chapter 119.

Throughout her career Debbie has worked with both victims and offenders as well as with families and at risk youth. In addition to teaching Criminal Justice, Debbie teaches both Sociology and Yoga philosophy. Debbie has a 500 hour yoga certification and has taught yoga and mindfulness for the past eighteen years.

Debbie believes strongly in rehabilitation and restorative justice. She has used her expertise in yoga to help at risk youth as well as violent offenders cope with concentration, anxiety and anger.

Michael McHugh has worked 30 years with the Worcester County District Attorney’s Office. He is currently a member of the Felony Unit in Worcester Superior Court  that prosecutes all the felonies in Worcester County, which includes the following crimes: Murders, Home Invasions, Masked, Armed and Un-Armed Robberies, Aggravated Assaults and Burglaries.He was appointed an Assistant District Attorney in 1991 and worked in Worcester, Fitchburg, and Gardner District Courts prosecuting misdemeanor and concurrent felony cases in the six member jury sessions associated with those courts for six years. He was promoted to the Superior Court in 1997 and was a member of the Drug Unit. In  fact, he worked many drug cases with retired Mass State Police Lt. James Bigelow, who is also a member of the MWCC staff and who was a member of the Worcester DA’s State Police Detective Unit. He worked in the Worcester DA’s Drug Unit from 1997 to 2006, prosecuting Drug Trafficking and Drug Distribution cases. He was promoted by current District Attorney Joseph D. Early Jr. to the Felony Unit in 2006 to handle the major crimes in Worcester County.

McHugh is a 1989 graduate of the Western New England College School of Law in Springfield, having earned his JD degree in law. McHugh also earned his MA degree in Journalism from Pennsylvania State University in 1983. McHugh also graduated from the University of Massachusetts at Amherst, having earned his BA in Journalism and English in 1978. McHugh taught Journalism at Pennsylvania State University as part of his assistantship in 1982 and 1983. Additionally, he has taught Journalism, English and several law courses at Worcester State University, Becker College and Assumption College throughout the 1990s before coming to MWCC, where has taught as an adjutant professor for several years off and on since the late 1990s. He has taught Criminal Procedure and Criminal Investigation at the Gardner campus, and he has taught Litigation, Mass and the Federal System, Business Law, and now — after a hiatus from the CJ program –Criminal Procedure at the Leominster campus.